If you speak Hebrew, here you can listen to a short broadcast about Poland and history. 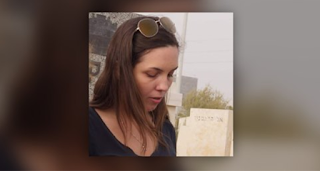 Posted by Katarzyna Markusz at 9:21 AM No comments:

Email ThisBlogThis!Share to TwitterShare to FacebookShare to Pinterest
Labels: history

A few years ago local authorities in Węgrów said that Polish-Jewish relations were great and we have to translate Memorial Book to prove that. But then they didn't. So I decided to do it.

You can se the result here (it's in Polish, but you can read it with Google Translate and there is one short chapter translated into English).

If you want to help and support this project you can do it here: https://pomagam.pl/wegrow 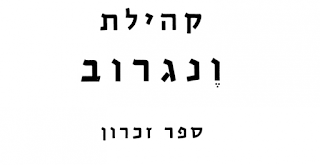 Posted by Katarzyna Markusz at 4:50 PM No comments:

I am a Holocaust survivor born in Baku, Azerbaijan, an immigrant at seven years old to America from parents who grew up in Sokolow. I have just completed my memoir, "The Story Keeper, Weaving the Threads of Time and Memory." The book relates the adversities my parents and I experienced while struggling to survive during WW2 across vast expanses of Soviet territory, to the uncertainties in displaced persons camps, and to the challengers faced arriving in America in 1949. The memoir spins a story that sounds like a novel rather than the factual history that it is. 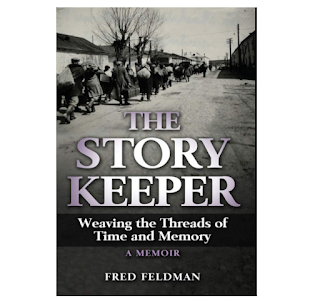 The threads of the stories woven build a bridge, linking the past to the present, spanning generations, and spanning time. The book connects those who chose early to leave to safety and new lives to those who stayed behind, to some who left in the maelstrom of events and survived by fleeing far to the east, and to some who never left but, tragically, stayed behind.

The threads of the misfortunes of war and separation, of fleeing, of running, and never knowing whether there would be survival or a brighter future, blend with the single thread of hope that weaves all their lives together and presents a tapestry and mirror that reflects the stories of many immigrant survivors and displaced peoples today.

The book is on Amazon scheduled for release on January 27th, International Holocaust Remembrance Day. The book has already received considerable praise.

Posted by Katarzyna Markusz at 8:15 PM No comments: