All the pictures were taken in the 1930's

Read more »
Posted by Katarzyna Markusz at 9:12 AM No comments:

If you have old pictures from Sokolow, family stories or your own experience that you would like to share you can do it here. Just write to me and I will publish it. Thank you
Posted by Katarzyna Markusz at 6:01 PM No comments:

I’m writing to tell you all about the wonderful trip my son, Jack, and I made this fall to Poland.  The trip was Jack’s gift to me for my 70th birthday, for the specific purpose of searching for our family roots in the “old country”. I’d never considered visiting Poland, and I wasn’t aware that Jews lived there still, nor would want to, since my impressions of the country were based upon images of World War II and the Holocaust.  After traveling there, I have a quite different impression of Poland.  In most respects it is a modern country, recovered from the devastation of war and decades of Soviet rule and now experiencing improved economic, social and political prospects.  The most surprising and encouraging development in Poland is the current attempt to revitalize the vanished world of Jewish culture in many parts of the country. This renewal effort is the work of a group of dedicated Polish Jews, and of progressive Polish individuals and organizations, who value the heritage of the once vibrant Polish-Jewish civilization in that country and are committed to reestablishing a vital Jewish community life in Poland again. 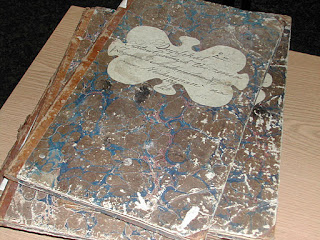 Before we left for Poland, Jack and I agreed to maintain a fairly flexible itinerary in our search for family roots and to rely upon intuition to guide us day by day.  We succeeded beyond what either of us had anticipated:  we traced family history back four generations, we walked upon the cobblestone streets of the village of our ancestors, and we found the house we believe to be the Wlodawer family home, where my father was born. We followed leads as they were presented to us, and rearranged our schedule to take side trips and detours, all of which contributed to our understanding of the history of our family. Our trip was an opportunity for me to reconnect with my Polish-Jewish heritage, and to face the reality of the horrors of the Holocaust, which I had avoided much of my life.  Throughout our journey, we had a strong sense of ancestral spirits accompanying us each step of the way.

Read more »
Posted by Katarzyna Markusz at 9:21 AM 3 comments:

Sokolow Podlaski - a town without a past? (1998)
After 60 years, in a blue shining mercedes dad comes back to his old hometown, to the house he was born in, to the street he played in. He comes back to the grave of his little sister, Rachel.
Rachel Tzudiker was only 10 years old when she was killed by German air bomb on the street on her way to school. It was the first of September and Rachel, being a hard-working student, was walking gladly to school with her friend, who was also killed that day. The bomb hit an electricity column, which fell on both of them, leaving their school-bags and families alone and in grief.
﻿
﻿
Rachel was the youngest daughter of Moshe and Chaya-Gittel Tzudiker - my grandparents. She had black hair and blue eyes-like my father's. She had a smile like an angel. The whole family, together with their plenty of brothers, sisters, aunts, uncles, cousins, lived in the same town of Sokolow Podlaski in the heart of Poland.
I will never know Rachel. I will neither know any of the dozens other family members my father grew up with. They were all humiliated and murdered in the death camps of Treblinka and Auschwitz. Some of them were writers, some of them doctors, artists, shoemakers, butchers. Most of them were tailors- a talent that ran in the family for generations.
Read more »
Posted by Katarzyna Markusz at 9:30 AM 1 comment: