Let's meet in Sokolow on September 22 at the ceremony commemorating Jewish victims of German Nazi regime.
On September 22, 1942 Germans started liquidation of the ghetto. 6,000 Jews died there or in nearby Treblinka extermination camp.
Here are two letters written after the ceremony in 2011 and 2012. 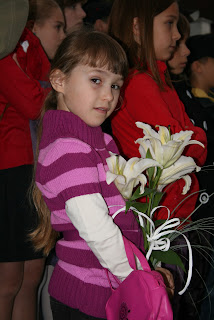 Posted by Katarzyna Markusz at 3:05 PM No comments: