The Gszarim Foundation was officially established in 2016, with the purpose of changing the world for the better and making it a place where memory of the past serves to support actions that shape our future. The goal of the Foundation is to build bridges, overcome stereotypes, commemorate the Polish-Jewish history and nurture the development of the Jewish community in Poland. 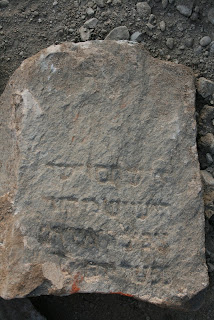 Yes, we are going to change the world for the better! That is why we set up a foundation that will, inter alia, conduct educational projects in Sokolow for young people. What do we want to do? A few years ago, we announced a contest for students for essay on the Jewish history of the town. The sponsor of the prize was Mr. Michael Traison. It was a good idea. Now we want to continue it. If you want to become a sponsor of the prize for young people, let us know! In the future, we would like the youth of Sokolow to go to Israel. Maybe you know the kibbutz who would be willing to host them for a few days? We also collect money to translate into English a book about the history of the Jewish community of Sokolow (written by Kasia) and publish it as an e-book (cost of translation is $3,500).

Posted by Katarzyna Markusz at 9:59 AM No comments: