My father and his family are running away after the war

My father is behind the tree, after him-his father, mother, brother and sister. They left their older sister, Tauba with her husband and 2 children-one of them a baby. After going through so much during the war, they had to split. The reason was because they had to leave the camp very late at night and the "hagana" people told them they don't allow babies so they won't be caught. Tragedy continues much after the war ended. 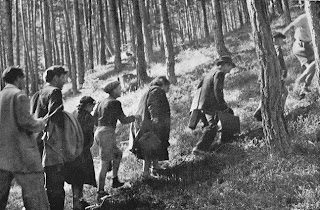 Posted by Katarzyna Markusz at 11:40 AM No comments:

"Ruby was born Jacob Rubenstein in 1911 to a family of Polish-Jewish immigrants. His parents, Joseph and Fannie, were a volatile couple. Joseph was a mean and abusive drunk. Fannie suffered from mental illness and at one point was committed to an Illinois state hospital." 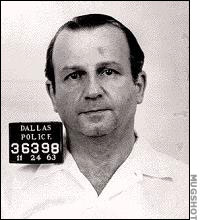 Posted by Katarzyna Markusz at 10:00 PM No comments: